Read more »
Posted by luisavasconcellos2012@gmail.com at 2:29 PM No comments: Email ThisBlogThis!Share to TwitterShare to FacebookShare to Pinterest
Labels: ROMANIAN Read more »
Posted by luisavasconcellos2012@gmail.com at 3:13 PM No comments: The rewards of this happening are so huge that it is well worth the effort to track the astonishing evidence we see as it gets closer and closer. As recompensas desse acontecimento são tão grandes que vale bem a pena o esforço para controlar a evidência surpreendente que vemos como a ficar cada vez mais perto.

Read more »
Posted by luisavasconcellos2012@gmail.com at 4:29 PM No comments:

Email ThisBlogThis!Share to TwitterShare to FacebookShare to Pinterest
Labels: PORTUGUESE

The truth is far, far stranger than fiction. We can barely even imagine the world we will have once the Secret Space Program is exposed and the change is complete. Very tangible steps are now being made in that direction!
[Updated Next Morning: Pullquotes added and new sections included for clarification of some comments. The new sections have red-colored headlines.]

IT'S HARD TO IMAGINE WHAT DISCLOSURE WILL REALLY BE LIKE
Are we surrounded by multiple different groups of intelligent, humanlike ETs?
Have they been interacting with our planet throughout our entire recorded history?
For some, the answer has become "Yes, of course."

Disclosure will have an undeniably vast, revolutionary and unstoppable effect.

Once this becomes common knowledge, the effect on our civilization will be undeniably vast, revolutionary and unstoppable.
The wait for an official disclosure -- for any type of formal acknowledgement of the truth -- has been agonizingly slow and protracted.
It is easy to lose hope; to feel beaten down and defeated by seeing the same old games playing themselves out over and over again.
However, the fact that "full disclosure" hasn't happened yet doesn't mean that it won't.
The forces preventing disclosure seem all-powerful to many who have studied this -- but bigger kids on the playground have since arrived.

THE ALLIANCE IS ABSOLUTELY REAL
We have been fortunate enough to have direct contact with insiders who are working for a secret alliance that is actively defeating the Powers That Were.
How did this happen? Part of it was the legacy: we have maintained an online platform since 1996, and launched this website in February 1999.
Read more »
Posted by luisavasconcellos2012@gmail.com at 8:09 AM No comments:

Celebrating the Graduation of Law of One Channel Carla Rueckert The Law of One series is the spiritual foundation of everything we do here. On April 1, 2015, the woman who offered herself as the "instrument" for the Law of One material graduated into larger life.
Perhaps as a final testament to the power of synchronicity, her own witty personality and the reality of life after death, she left her physical body on April Fool's Day.
Even more intriguingly, the logo for her surviving organization, L/L Research, is a sketch of Don Quixote, the classic "fool" in literature and music theater.

This notice is not intended to share grief and pain, but rather to celebrate the light and life of this highly gifted soul and the work she helped to create.
Since I lived and worked in her house for two years and on her land for another year after that, it is also a very personal story for me.
The Law of One has gotten much more interesting in the last five months, and we are only just starting to share all the details of what is going on.
Carla's transition has become another facet of this continually-evolving storyline. We are happy that she is finally free of the pain she was suffering from. THE LAW OF ONE IS THE STANDARD BY WHICH ALL OTHER CHANNELING MUST BE JUDGED
The Law of One series (1981-84) is arguably the platinum standard by which all other modern channeling must be judged.
Carla Rueckert was the "instrument" for this work -- a series of 106 question-and-answer sessions with a Ph.D. physicist, Don Elkins, and Jim McCarty as the transcriber.
Carla was completely unconscious as her body spoke the words on behalf of a positive, spiritual presence. She did not remember anything she had said upon awakening.
In her everyday life, she was a devout Christian, attending services and singing in the choir at the local Episcopal church in Anchorage, Kentucky.
Read more »
Posted by luisavasconcellos2012@gmail.com at 9:39 AM No comments: 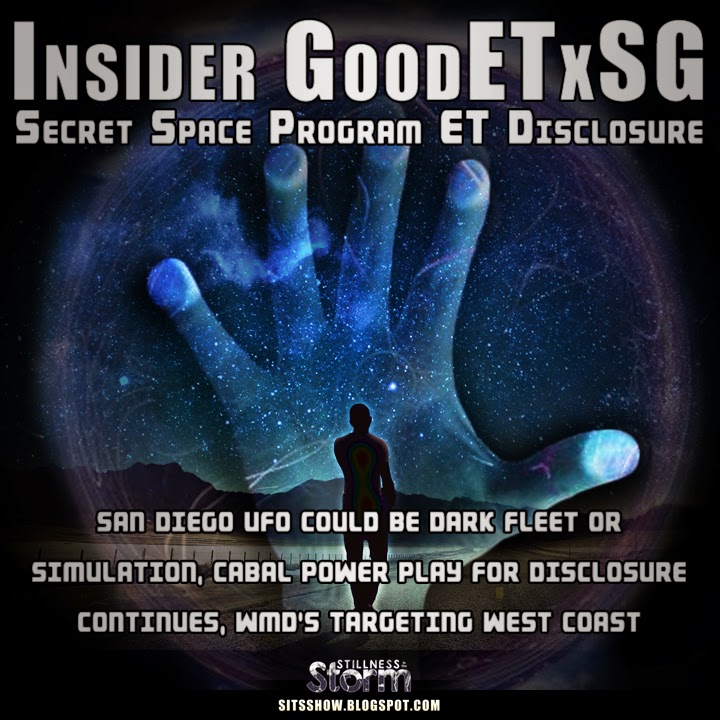 On April 30th 2015 there was a massive UFO seen hovering over downtown San Diego. See the original article here: NBC San Diego Films Massive UFO Or Fleet Spotted Over City. This was 4 days after David Wilcocks conference on the 26th, wherein he stated that the Cabal and Alliance are pushing for disclosure very soon. Corey Good or Insider GoodETxSG's intel was revealed by David during the conference, along with a great deal of other information.

We have been covering the data from Corey on this blog, and I wanted to get his opinion on the San Diego UFO, whether or not it was connected to any SSP craft he is familiar with, or if this is part of the disclosure effort by either group. According to the narrative, the Sphere beings aligned with Solar Warden sometime during 2012, and has been working with them to end the Cabal rule on earth, and prepare humanity for the 'data dump'; our true history and the existence of intelligent ET races. More of this narrative can be found in the notes I took for David's talk here.
Read more »
Posted by luisavasconcellos2012@gmail.com at 7:14 AM No comments: 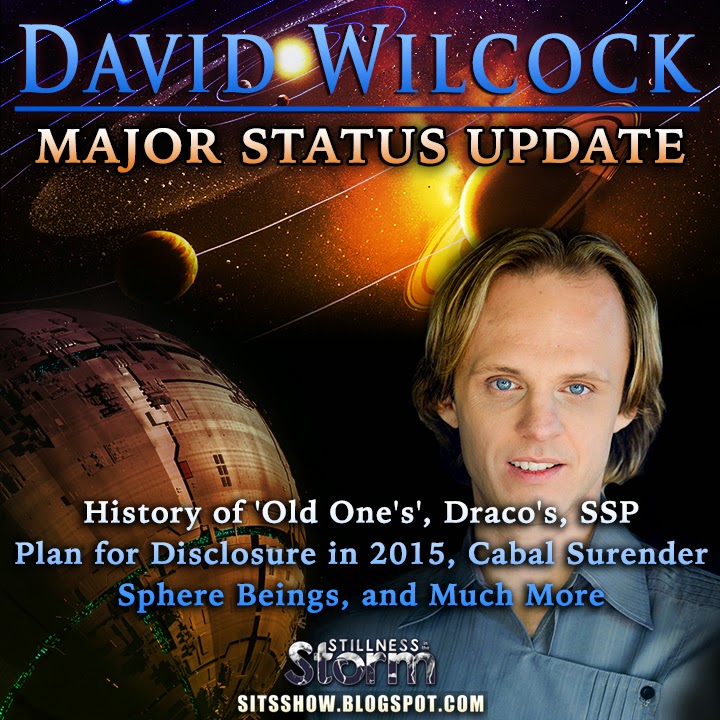 Read more »
Posted by luisavasconcellos2012@gmail.com at 7:08 AM No comments: 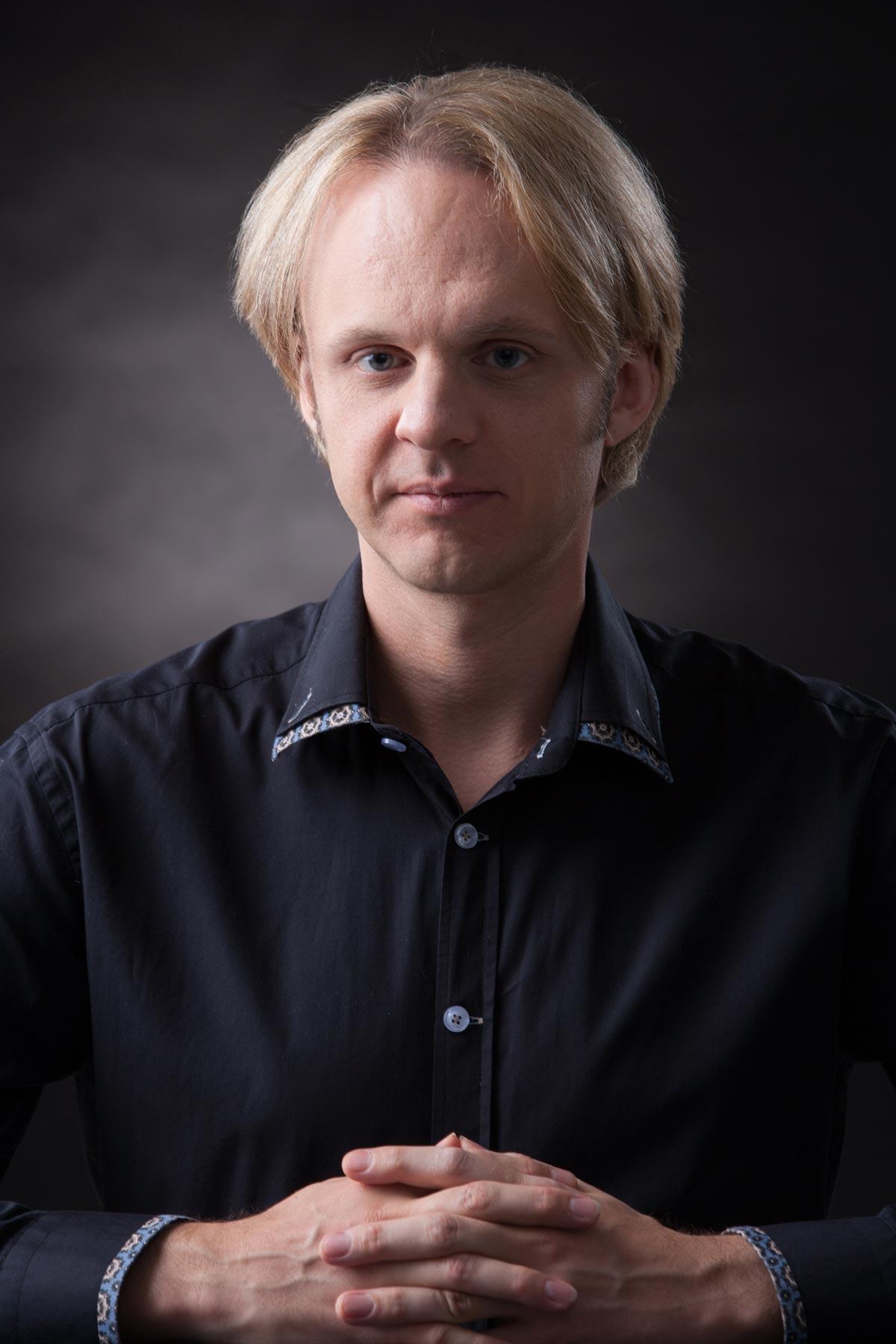 
Read more »
Posted by luisavasconcellos2012@gmail.com at 3:38 PM No comments: